In 2006, the Publishing Committee of the Ministry of Science, Education and Sports rated the journal as excellent and classified it among 10 % of the best journals in the field of Biotechnical Sciences. When the portal of the Croatian scientific journals, called Hrčak, was launched in 2006, the journal Wood Industry was immediately listed providing open access to all published articles since 2005. In 2009, the online edition of the journal was also registered with the reference No. ISSN 1847-1153.

In 2007 requests for listing the Journal were sent to several relevant world databases. In the same year 2007, it was confirmed that the Journal content was entered into EBSCO Publishing database, and the entry into the databases of DOAJ, EMBiology, Geobase, Paperchem and Scopus was confirmed in 2008. The editors of Thomson Reuters monitored the journal for two years.

Finally, in 2010 the Editorial Office of the Journal received a decision – the journal Drvna industrija was listed into the database of Science Citation Index Expanded and Materials Science Citation Index that made part of the Web of Science database. All papers published in the Journal since 2008 were listed in the database and they already appeared in the list of the Journal Citation Report for 2010 in the category Materials science, paper & woods with the impact factor 0.146. It was a significant turning point for the Journal. Since then, the number of papers received has grown rapidly, and the journal has become interesting not only for Croatian, but also for European and world scientists. The number of published papers has been increasing, and what was extremely important, the financial support from the Ministry competent for science and higher education has also grown.

From 2003 articles mostly were printed in English, and titles, subtitles, titles and descriptions of articles, keywords and abstracts, in order to preserve professional Croatian terminology and better accessibility to domestic readers in the wood sector, in addition to English, were printed in Croatian.

The Journal has been publishing scientific and professional articles, as well as other contributions from the entire field of forest exploitation, research of structure, properties and applications of wood, mechanical and chemical wood processing, production and properties of wood-based materials, design of furniture and other wood products, production organization in wood processing, and trade of wood and wood products. The Journal has been publishing original scientific papers, previous communications, review scientific papers and professional papers of domestic and foreign authors. In the past, 3-4 papers were published in each issue of the journal, but after the Journal was included in the Web of Science Core Collection database, the Editorial Office receives significantly more papers for publication. After an impartial review process, in which a large number of papers are not accepted for publication, only high-quality papers are published, a maximum of 45 papers per year on 300-400 pages. 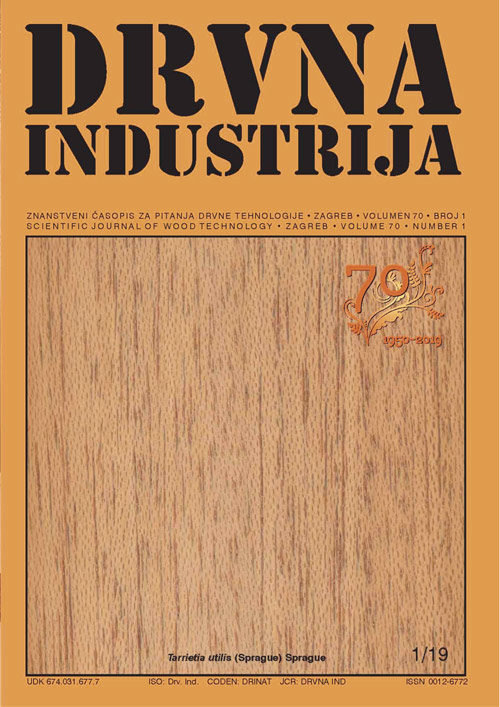 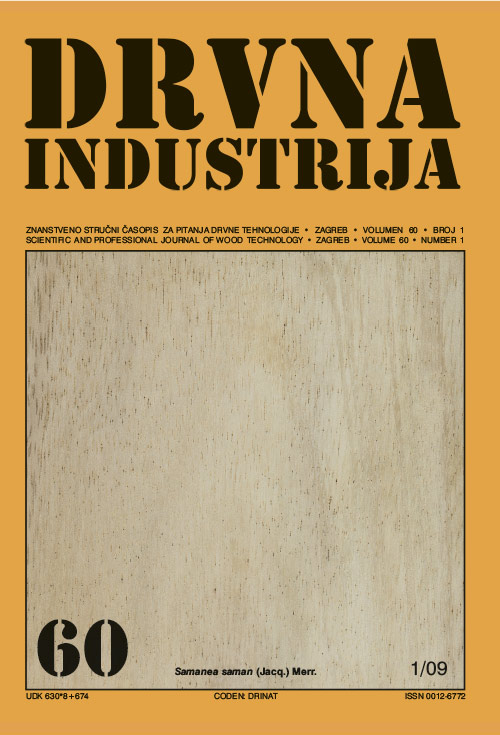 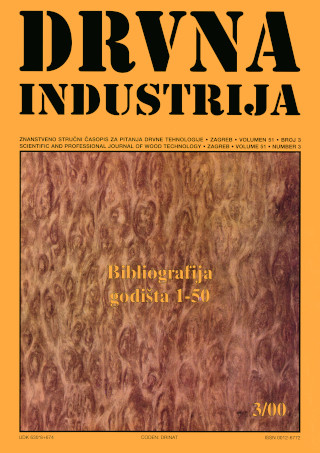 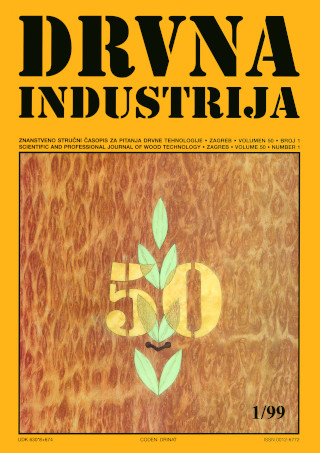