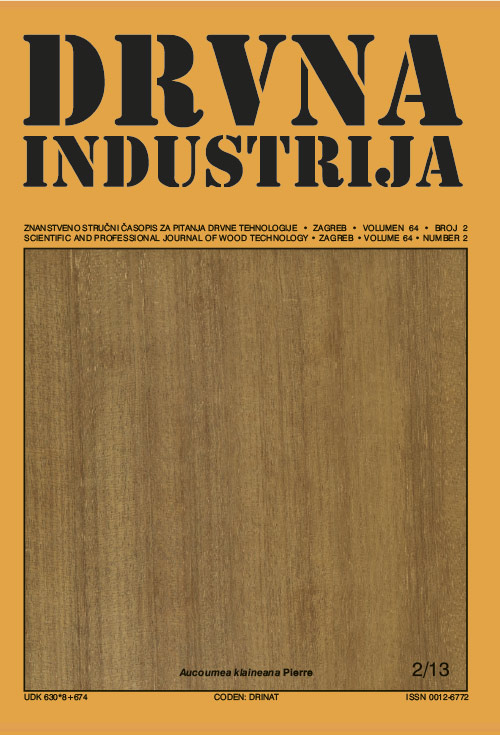 Norway spruce and European larch wood are among the most important species for construction applications in central Europe. In order to assess the influence of the ring-widths and presence of the extractives on the performance of these wood species against wood decays fungi, Soxlet extracted and non-extracted spruce and larch wood specimens with different ring-widths were exposed to three brown rot fungi according to the EN 113 procedure. In parallel spruce and larch wood specimens were exposed in fi eld test sites in use class 3 conditions according to the double layer procedure. The results showed that ring-widths do not influence the performance of the spruce and larch heartwood against brown rot fungi in laboratory conditions, but on the other hand have influence on the performance of spruce wood in fi eld test setup. Additionally, extraction does not have an influence on the durability of spruce wood, but has an influence on the durability of larch wood.